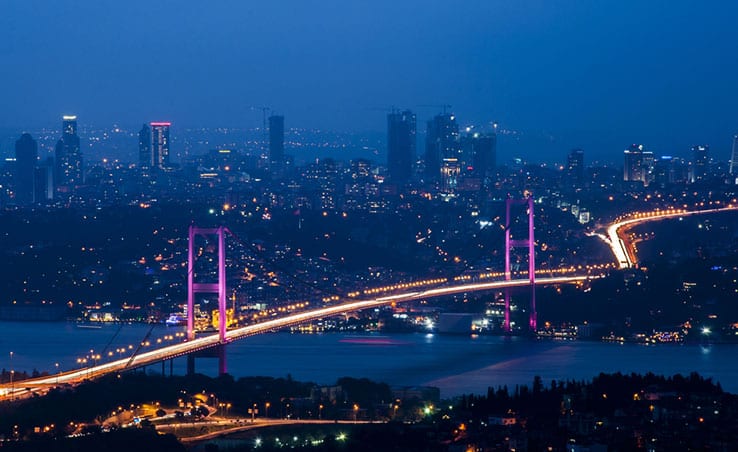 Are you a foreigner and want to travel to Turkey or settle down in Turkey? We’ve prepared this article for you to learn more about Turkey.

Turkey is an amazing country, both for holidaying and for living. The warm hospitality of people, the laid-back lifestyle, and the beautiful landscape will ensure something for everyone. One thing is for sure, you will never get bored and will fall in love with the country, regardless of whether you are visiting the country for a holiday or planning to settle there.

Turkey is a country that is partly in Asia and partially in Europe, giving it a unique geographical location. It has served as both a barrier and a bridge connecting the two continents throughout its history.

Turkey lies at the crossroads of the Balkans, the Caucasus, the Middle East, and the eastern Mediterranean. In terms of geography and population, it is one of the region’s largest countries, with a land area larger than any European country. The nation is almost entirely in Asia, consisting of the oblong peninsula of Asia Minor, also known as Anatolia (Anadolu), and part of a hilly region known as the Armenian Highland in the east. The rest —Turkish Thrace (Trakya)— is a tiny relic of an empire that once spanned most of the Balkans, located in the far southeast of Europe.

However, how you view the country and what you need to know about it depends on why you plan to travel there, whether for a visit or living there.

Related Article: Important Things You Need to Know Before Living in Turkey.

In simple words, Turkey is a traveler’s paradise. It has everything any traveler could wish for. From historical structures to mesmerizing locales, from activities like hot air balloon rides to street shopping. Not to mention the delicious cuisine of the country and the pleasant weather. As a traveler, what more can you ask for?

Great weather, affordable traveling, and delightful people make this country a great holiday destination. The culture of Turkey is family-oriented, so this is a wonderful place to go for a holiday with the whole family.

Turkey is quickly becoming one of Europe’s most popular vacation spots. The Turkish tourist sector, which was previously suffering, is now thriving and attracting thousands, even millions, of visitors each year. There is so much to explore when on vacation in Turkey because it is a large, continuously changing nation.

Wouldn’t it be great if you could try before you buy into the fantasy if you were considering Turkey as a prospective retirement destination, a place to relocate with your family, or somewhere you believe you could feel at home no matter what stage of life you’re at?

The country is very peaceful, and the cost of living is very affordable too, and this is why Turkey is a coveted place for living after retirement. People are amicable and welcoming of others. And being a secular Islamic country, Turkey allows freedom of speech as well as freedom of religion. So, regardless of your religion, nationality, or gender, you will never feel threatened while staying in Turkey.

Turkey is fastly becoming an essential business destination in the world. So, many people from different countries are flocking to come and settle in Turkey. The traditions of Turkey, coupled with modern influences, attract many people. Even people without business dealings come and stay in Turkey.

Related Article: Living in Turkey as a Foreigner.

Turkey is a large and diversified country with various scenery ranging from mountains to salt flats to the Mediterranean Sea’s deep blue. It’s sunny, it’s rich in history and mythology, it’s divisive, and it’s just stunning. It’s also a wonderful mix of Eastern and Western cultures.

Turkey, although being a Muslim-majority country, has a secular air about it. Of course, there remain conservative views in society, and right-wing politicians still dominate, but the overall impression of Turkey is that it is near to Europe. Major cities are more evident with their massive shopping malls and supermarkets, worldwide coffee shops, and liberal women’s fashion.

Turkish folks are extremely warm and welcoming. Locals who work in stores and restaurants in most tourist sites are bilingual – they speak English, German, French, and Russian and don’t seem to mind. Turks will much more appreciate you if you can acquire some basic conversational Turkish. There are conservative areas in Turkey, but they are rarely magnets for ex-pats. In general, you will find Turkey to be exotic, but not to the point of being overpowering. In comparison to major western countries, living in Turkey is calmer and less stressful.

We hope that this article helps you learn more about Turkey.

Obtaining a Work Permit in Turkey

Living in Turkey: Pros and Cons

Where is The Best Place to Retire in Turkey?

Where is The Best Place to Live in Turkey?

Can You Use Euros in Turkey?

Things to Know Before Moving to Turkey