Learn The Truth: is Turkey Expensive to Visit or Not? 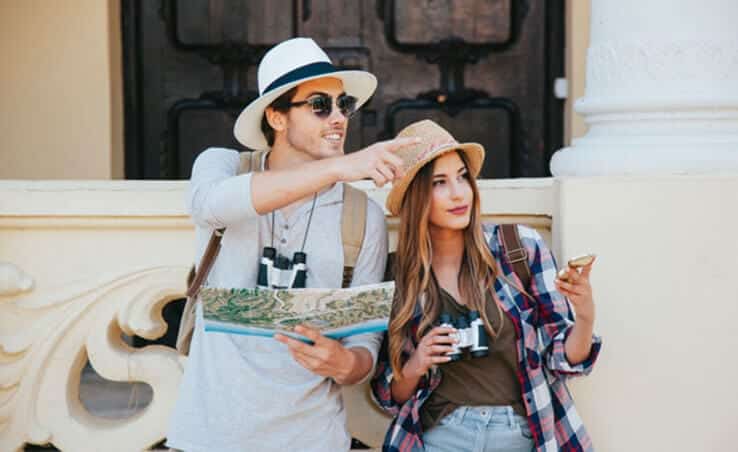 is Turkey Expensive to Visit?

Turkey is the county that is deliberately mounted where east and west meet. The country has become the 6th most popular tourist destination. But is Turkey expensive? Istanbul, one of the magnificent cities in Turkey, is famous in the whole world for its unique and ancient culture. Bosporus strait splitting the city into two halves is a major attraction of the city of Istanbul.

Turkey holds plenty of natural, ancient, historical, and unforgettable places. A country with a blend of an eastern and western and a diversified culture makes Turkey stand out in terms of tourism. Fascinating mosques have been describing the Ottoman Islamic culture. An indescribably coastal line, shores, and resort make Turkey a complete package with all variables for the tourists who visit.

Turkey each year meets with a million ex-pats. The reason behind getting such a huge number every year is;

• Cheaper visit as compared to another equivalent in Europe,
• Better value of your money,
• Quality services for tourists at reasonable prices,
• Diversified destinations.

What Is The Average Daily Expanse of Visitors in Turkey?

It has been estimated from the daily expenses of ex-pats in Turkey, that on average $25 (200₺) is required for an average single day in Turkey.

How Much is The Cost of a Meal in Turkey?

On average, visitors spent $4-$8 on daily meals. Normally, most of the hotels in Istanbul offer breakfast within the hotel room rent. Street food prices are lower than hotels, usually cost 20-30₺ per person. The street food is pure Turkish food and generally of the same quality as served in hotels and cafés. Street stands are abundant and full of traditional foods.

In a restaurant even, the food is nice and up to the international level but at reasonable prices, with highly maintained quality as compare to nearby European places.

Should I use Private Transport in Turkey?

If you have a budget for opting for private transport just opt for it. But making your way through public transport is the best and cheaper option always. On average local public transport costs, less than $1.

Local transport is abundant and one can easily found for every next route. If you have a tight budget and aimed to cross more than one city, make your way by bus. For 12-hour travel or even more the nighttime traveling through the road, the bus is the best option. Normally public transport is comfortable and completely fine to travel through it. Tram, funicular, fast metro trains plus a vast bus network makes it much accessible in Turkey.

The buses which take you from one to another city is generally of high quality and often serve their passenger with tea, water, and cakes. Remember one thing that ticket prices are always negotiable. Intercity usually travels on average charges $5-10. Compared to European countries, Turkey is not expensive in this regard.

The pricing for accommodation solely relies on the chosen place either you booked a 5-star hotel or some other average hotel. Accommodation for one person on average costs around $20, that is if you have chosen an average place. Luxury hotels can go up to $100-150.

A single room in a 5-star hotel costs you up to $50-150. In Istanbul, some hotels are as cheap as if $10 per night with high-quality services such as Antique hostels and guest houses. Some hotels are providing adult single accommodation for $4 -$5 even.

For a 1-week visit of a couple, costs an average of $300-400.which is much reasonable and cheaper than compared to European places. Turkey is providing more than expected experiences to its visitors. Visitors usually admired Turkey for its well-kept and exciting atmosphere.

Entertainment shows, the world’s oldest civilization, beaches, resorts, antique museums, Hagia Sophia, Blue Mosque, Bosporus cruise, and limitless potential for tourists, making Turkey an amusing and phenomenal place for planning your holiday in Turkey. All things considered, we can say that Turkey is not an expensive country.

In general, facts show that Turkey is not at all an expensive country to visit. But it most likely depends on where you make your way. For instance, If you are from some European countries, Turkey may sound economical whereas if you come from a third country just like India or Africa then it shall feel a little expensive, just because of currency value and currency exchange rates.

The wonderland, enclosing the marvelous places, can be accessed from East and west in a 4-hour flight. Turkey is a much inexpensive country as compared to its neighboring European countries. We have tried to answer your question about; “is Turkey expensive?” in this article.

Here is an article that might interest you further; “The Cost of Moving to Turkey.” Remember, if you need legal aid for your visa procedures, etc., remember to contact an experienced law firm in Turkey.

Obtaining a Work Permit in Turkey

Living in Turkey: Pros and Cons

Where is The Best Place to Retire in Turkey?

Where is The Best Place to Live in Turkey?

Can You Use Euros in Turkey?

Things to Know Before Moving to Turkey